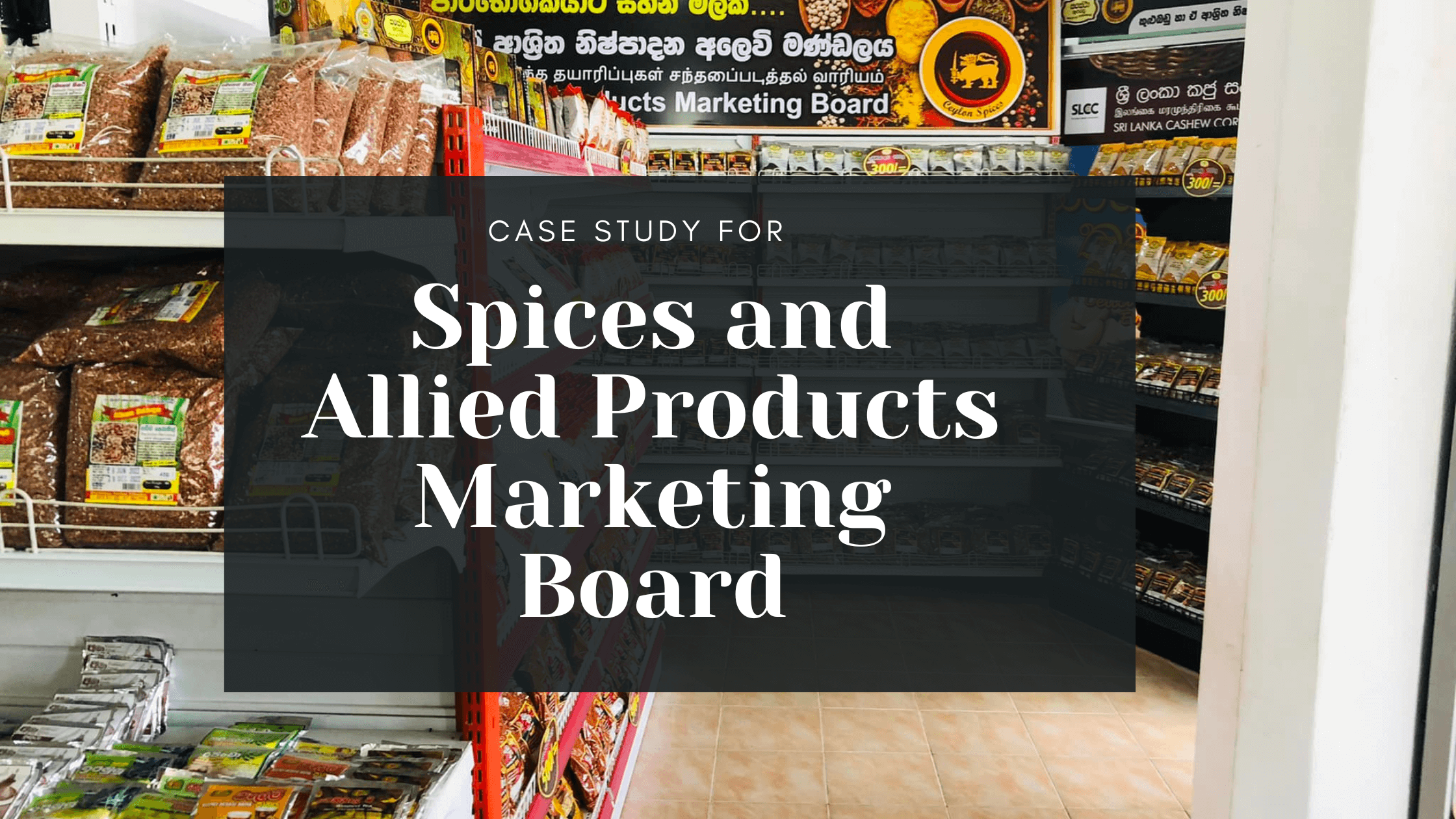 Case Study of implementing Storemate for

Spices and Allied Products Marketing Board

Introducing a new market to the production of the local spices, "සංස්ථා කුළුබඩු" has established several branches islandwide. Their head office is situated in Baththaramulla and about 20 more branches have been already spread all over the country. Nevertheless, they hope to enhance their market by opening more new branches in the near future.

The Problem
When maintaining software like this in any business, it is essential to have long-term customer support service. There is a branch of සංස්ථා කුළුබඩු in Galle and the problem they faced was that the software company they have been using is not supplying thus mentioned long term support. They had decided to move on to our Storemate software service for a solution.

Collecting data from clients
Then, the key data entry process was started and seven users with their names, emails and passwords were added through Storemate software by our customer support team. The initial product list and the opening stock were requested and they have those data for us.

Storemate owns 03 invoice layouts and asked to select the most suitable version from them. The selected invoice layout was tested by printing with a real printer via our test account before starting their operations with real information.

Training
Normally, the training is done to the whole staff at once. But, if the client requests to train the admins and the cashiers separately, we do that. That’s because the admins possess the authority to work with the entire system while the cashier has the opportunity only to enter sales and the payments.

Challenges & Solutions
Though we sent the information needed to access our online POS account to the client via emails, their most used communication method was WhatsApp. So Storemate support team started communicating with them via Whatsapp

When we were trying to contact the client through the company general number, we were unable to interact with the responsible person we needed. So, we called their personal contact numbers (With their consent of them) to gather the information we needed.

The client sent us two product lists. We entered them into the invoice template and sent them back for their approval. But they have approved only the first list and accidentally missed the second one because of their busy schedule. So it was approved finally, in the on-site training session conducted by the Storemate support team.

One admin was on his leave on the day that the on-site training session was conducted and we had to do another session again only for him online later.